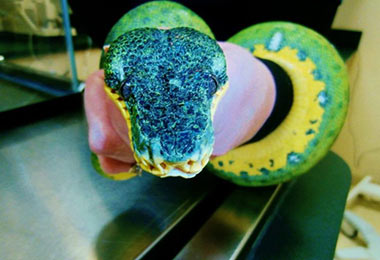 While reading about the wildfires burning out of control in Napa Valley, I stumbled across some oddball stories about animals, spiders, and a random bomb threat story I felt you would enjoy.

The Associated Press is credited for these off-beat blurbs you are about to read.  We hope you enjoy these stories as much as I.

HUNTSVILLE, Ala. (AP) — An Alabama fire department is fighting a different kind of battle after two firefighters were bitten by poisonous spiders.

Capt. Frank McKenzie of Huntsville Fire and Rescue tells WHNT-TV that two firefighters working at the department’s Station 17 have been bitten by brown recluse spiders.

He says the agency has moved fire crews, their equipment and personal items to another station, and the station was sprayed for pests.

ARLINGTON, Va. (AP) — Hedgehogs dodged the chopping block, but a Virginia county is putting an end to residents adopting a variety of exotic animals as pets.

The Arlington County Board on Tuesday voted to prohibit keeping exotic animals as pets. Existing exotic pets are exempt from the ban, but residents will be required to register them with the local animal welfare league.

Hedgehogs and nonvenomous snakes are permitted. Rabbits, hamsters, guinea pigs and birds that have been bred in captivity are also permitted.

They’re big, beautiful and placid — except when a female is after a tarantula to feed its young, says Audubon Butterfly Garden and Insectarium curator Zack Lemann.

The iridescent blue-black insects with orange or blue-black wings are the largest members of the spider wasp family, with one species growing up to 2 inches (5 centimeters) long.

“The color is almost a deeper version of the morpho butterfly — the metallic blue ones that everybody likes,” he said. “It’s funny — when you say ‘butterfly,’ people immediately start to swoon: the moving eye-candy of the insect world. Nobody thinks that about wasps. But I think they’re beautiful.”

The dozen or so at the insectarium are from two or three species. These wasps all were collected in Arizona, but include the species that’s New Mexico’s state insect , Lemann said.

Although they’re solitary in nature, “you can put tons of them together and they don’t mind at all,” he said.

Lemann said their sting is said to be among the insect world’s most painful, but he moves objects in their display case without danger.

A female wasp will lure a tarantula out of its den, fight and paralyze it, lay an egg on its back, then dig a nest and bury the spider and its new burden. After the baby wasp hatches, it will feed on the big spider.

They’re being shown through in the insectarium’s Metamorphosis Lab.

“If they have normal adult lives, we should have them through October,” Lemann said.

CHARLESTON, S.C. (AP) — A sea turtle that underwent surgery to remove more than 4 feet (1 meter) of fishing line she had swallowed has been released in the Atlantic Ocean off South Carolina’s coast.

The South Carolina Aquarium said in a news release Monday that Peach was returned to the ocean at Folly Beach on Monday after recovering from the surgery.

Peach is a 55-pound (25-kilogram) female Kemp’s Ridley turtle and had the surgery after being found last summer in Charleston Harbor.

The Department of Natural Resources found Peach with fishing line around her head, neck and left front flipper, in addition to running down her mouth into her intestines.

She’s been tagged with a satellite transmitter which will allow scientists to study how Kemp’s Ridley turtles move during the winter months.

PITTSBURGH (AP) — A Pittsburgh man has been arrested after police say he called in a false bomb threat to try and get out of paying his restaurant bill.

A witness says Clapperton tried to leave multiple times without paying for his meal at Primanti Brothers. Police were called to the scene, and another person paid for Clapperton’s bill.

Police say they were about to let the man leave when bomb threat was called in to a nearby restaurant. Authorities say they used a stun gun to subdue Clapperton after he ran from the restaurant.

Police say Clapperton acknowledged he called in the false threat to create a distraction.