A technical brief about squirrels 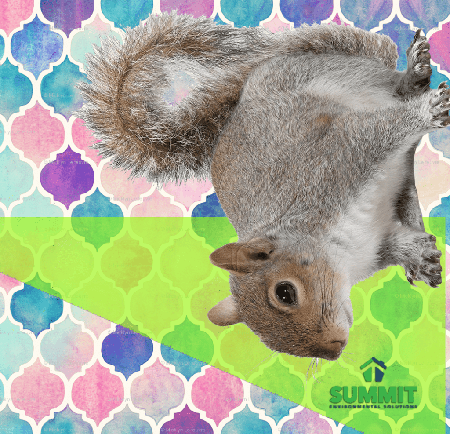 Squirrel, (family Sciuridae), generally, any of the 50 genera and 268 species of rodents whose common name is derived from the Greek skiouros, meaning “shade tail,” which describes one of the most conspicuous and recognizable features of these small mammals. These distinctive animals occupy a range of ecological niches worldwide virtually anywhere there is vegetation. The squirrel family includes ground squirrels, chipmunks, marmots, prairie dogs, and flying squirrels, but to most people squirrel refers to the 122 species of tree squirrels, which belong to 22 genera of the subfamily Sciurinae. The North American gray squirrel (Sciurus carolinensis) has adapted to urban and suburban areas where it is regarded as aesthetic or as a minor annoyance. In northern Europe, the red squirrel (S. vulgaris) is valued for its soft, thick fur. Villagers in tropical forests keep squirrels as pets. Most species are hunted for food.

Tree squirrels have slender, lanky bodies, long, muscular limbs, and furred feet. The forefeet have four long digits plus a short, stubby thumb, and the five-toed hind feet are narrow or moderately wide. The bald soles of the feet take the form of prominent, fleshy pads. Because the ankle joints are flexible and can be rotated, squirrels can rapidly descend trees headfirst with the hind feet splayed flat against the trunk. Their large, bright eyes convey an alert demeanor, and the broad, short head tapers to a blunt muzzle adorned with long whiskers. The rounded ears, small in relation to body size, are densely covered with short, fine hairs, which form a long tuft at the tips of the ears in some species. The tail is about as long as head and body or appreciably longer. Furred from base to tip, the tail appears bushy and cylindrical when the hairs grow evenly around the tail; the tail appears flatter if the fur originates only from opposite sides. Claws are large, strong, curved, and very sharp, which enables tree squirrels to navigate vertical surfaces and slim branches.

Variation in body size is considerable. Largest are the four species of Oriental giant squirrels native to the tropical forests of Southeast Asia. Weighing 1.5 to 3 kg (3 to almost 7 pounds), it has a body length of 25 to 46 cm (about 10 to 18 inches) and a tail about as long. There are two species of pygmy squirrels that are the smallest: the neotropical pygmy squirrel of the Amazon Basin weighs 1 to 1.5 ounces, with a body 9 to 12 cm long with a tail equally long; and the African pygmy squirrel of the West Africa that is even smaller, with a body length of 6 to 8 cm with a shorter tail.

Squirrels’ soft, dense fur is moderately long in most species but can be very long and almost shaggy in some. Colour is extraordinarily variable. Some species are plain, covered in one or two solid shades of brown or gray. A few species are striped along the sides and back; sometimes the head is also striped. Tropical species exhibit combinations of white, gray, yellow, orange, red, maroon, brown, and black, yielding a variety of complex coat patterns.

All tree squirrels are diurnal and arboreal, but the range of vertical activity in species differs widely, especially among those living in tropical rainforests. Some, such as the Oriental giant squirrels and the African giant squirrels, rarely descend from the high canopy. Others, like the pygmy squirrel of Sulawesi, travel and forage at intermediate levels between ground and canopy. Some large tropical squirrels, such as the Sulawesi giant squirrel and the northern Amazon red squirrel, nest at middle levels but travel and forage low in the understory or on the ground. The African palm squirrels are long-legged runners that forage only on the ground. Certain species, such as the red-tailed squirrel of the American tropics and the African pygmy squirrel, are active from the ground to canopy. In the US, the Eastern fox squirrel runs along the ground from tree to tree, but others, including the Eastern gray squirrel, prefer to travel through the treetops and regularly cross rivers by swimming with the head up and tail flat on the water’s surface. Thomas’s rope squirrel of Africa even submerges itself and swims underwater.

Most tree squirrels have strong chisel-like incisors and powerful jaws, which are required for gnawing open the hard nuts that, along with fruits, are a primary component of their diet. They also eat seeds, fungi, insects and other arthropods, the cambium layer of tree bark, nectar, leaves, buds, flowers, and sometimes bird eggs, nestlings, and carrion. Some red squirrels and Sciurusspecies of temperate climates will stalk, kill, and eat other squirrels, mice, and adult birds and rabbits for food, but such predation in tropical tree squirrels seems rare.

Nests are constructed among branches in the forest canopy or at lower levels in tree crowns, vine tangles, tree hollows, or undergrowth near the ground. Some species of tropical tree squirrels produce several litters per year; the breeding season in the Northern Hemisphere may extend from December to September and may result in one or two litters that average three to seven young, depending upon the species.