All about mockingbirds and their habitat 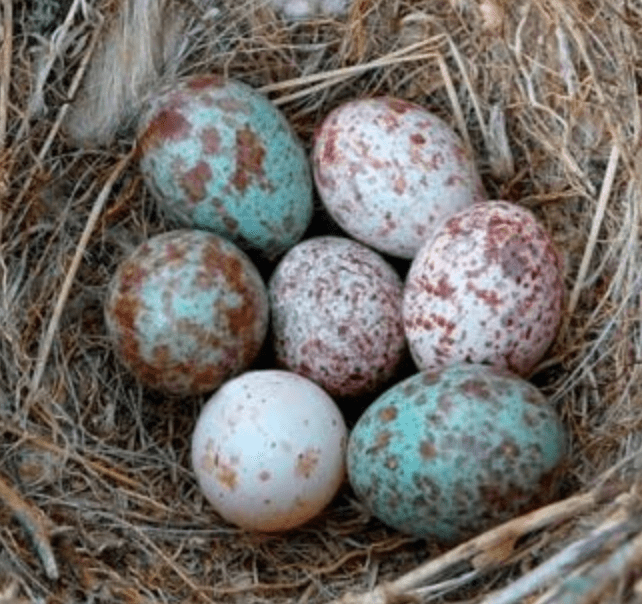 Year-round, the Northern Mockingbird is found in areas with open ground and with shrubby vegetation like hedges, fruiting bushes, and thickets. When foraging on the ground, it prefers grassy areas, rather than bare spots. Common places to find Northern Mockingbirds include parkland, cultivated land, suburban areas and in second growth habitat at low elevations.

Northern Mockingbirds eat mainly insects in summer but switch to eating mostly fruit in fall and winter. Among their animal prey are beetles, earthworms, moths, butterflies, ants, bees, wasps, grasshoppers, and sometimes small lizards. They eat a wide variety of berries, including from ornamental bushes, as well as fruits from multiflora rose. They’ve been seen drinking sap from the cuts on recently pruned trees.

Northern Mockingbirds nest in shrubs and trees, typically 3-10 feet off the ground but sometimes as high as 60 feet. The male probably chooses the nest site and begins building several nests before the female chooses one to finish and lay eggs in. Females may start laying in a second nest while the male is still caring for fledglings from the previous one. Northern Mockingbirds rarely ever reuse their nests.

Northern Mockingbirds are found alone or in pairs throughout the year. They make themselves easily visible, sitting and singing atop shrubs, trees, utility lines, fences, and poles. On the ground they walk, run, and hop along the ground, tail cocked upwards, grabbing at prey on the ground or snatching insects just over the grass. Mockingbirds sometimes fly up and hover to grab at hanging fruit. The Northern Mockingbird is aggressive throughout the year. Females typically fend off other female mockingbirds, while males confront male intruders. Males disputing territory boundaries fly toward each other, land near the boundary, and face off, silently hopping from one side to another. Eventually, one bird retreats and the other chases it a short way. If neither bird retreats, they may fly at each other, grappling with wings and claws and pecking at each other. Mockingbirds are also territorial around other bird species as well as dogs and cats. The flight style of mockingbirds is variable but typically leisurely, with showy wingbeats. Sometimes Northern Mockingbirds simply drop quickly from a perch with their wings folded.

Northern Mockingbird populations declined by about 21% percent from 1966 to 2015, according to the North American Breeding Bird Survey. Partners in Flight estimates a global breeding population of 32 million with 83% in the U.S., 16% in Mexico, and 6% in Canada. The species rates an 8 out of 20 on the Continental Concern Score and is not on the 2016 State of North America’s Birds Report. Despite losses, Northern Mockingbirds are common and widespread and have rebounded from lows in the nineteenth century, when many were trapped or taken from nests and sold as cage birds.

Northern Mockingbirds are common in backyards, but they don’t often visit feeders. You can encourage mockingbirds to visit your yard by keeping an open lawn but providing fruiting trees or bushes, including mulberries, hawthorns, and blackberry brambles. Find out more about what this bird likes to eat and what feeder is best by using the Project FeederWatch Common Feeder Birds bird list.