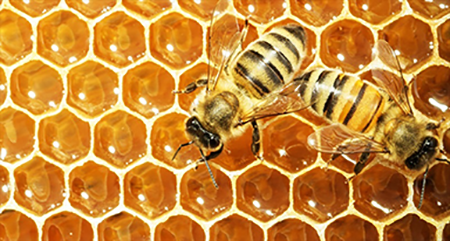 Honey Bees Are A Fascinating Model Organism With A Complex Mating And Inheritance System, Highly Evolved Social Behavior, Dance Communication Language, And Mutualistic Interaction And Evolution With Flowering Plants. All Honey Bees Belong To The Genus&Nbsp;Apis&Nbsp;And Bees In This Genus Are The Only Species To Store Large Amounts Of Honey And Exhibit A Perennial Life Cycle.

Although humans have had a long association with honey bees, Apis mellifera, we have not domesticated the honey bee. A beekeeping “key” is the skillful application of knowledge of bee/colony biology. In a phrase — Beekeeping is Applied Bee Biology. 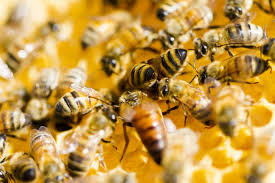 Our greatest bee culture success has been with the temperate region European races of the honey bee — specifically German, Italian, Caucasian and Carniolan honey bees. Transport of European bees to the Americas, Australia, and New Zealand has resulted in highly successful beekeeping in those areas. Some bee races of the Mediterranean and the Middle East are less productive but are managed in their native lands by beekeepers with great skill. The bee races below the Sahara Desert of Africa are even more difficult to manage (by European beekeeping standards) and less profitable. Introductions of European Apis mellifera to South Africa and Asia (where there are other species of honey bees) have not been successful. Introduction of the major African bee race scutellata to South America resulted in the Africanized or ‘killer’ bee, a serious management liability.

Bee Culture is Both an Art and a Science. Better beekeepers understand the natural features of honey bees. Understanding bee/colony biology is the essence of the science of beekeeping; the art of beekeeping is a skillful and timely application of that knowledge.

Some major info that beekeepers need to understand are: basic bee nest ecology, the bee caste system, bee anatomy, the development of bee brood, worker bee sequence of duties, caste brood rearing/adult population seasonality, communication as a “key” to maintaining the social cohesion of the colony, queen and colony reproduction / replacement, and how to read/understand bee behavior / biology.

Apis mellifera is a cavity nester. Understanding the basic nest ecology has led to an effective and efficient, man-made hive. the Langstroth hive. The natural or feral nest (and beekeeper hive) has these five features:

A tree cavity is a common nest site in the temperate area. Maple, oak and ash trees are commonly available but bees will select virtually any tree if a suitable cavity is present. Knotholes are the most common types of opening but cracks or other openings can also be used. Bees prefer openings high in a tree but will nest wherever the cavity is available. Most tree nests are in live trees; the cavities are the result of fungal action on the inner wood.

Since beeswax comb is fragile, the shelter is important for successful winter survival of a bee colony. Occasionally a bee colony will build in an exposed location but such colonies seldom survive the winter in temperate climates. Tropical bees survive with such nests more frequently. A darkened enclosure is needed for efficient wax secretion. worker wax glands secrete more wax and bees build more comb in darker sites compared to bees exposed to light.

Honey bees search for suitable cavities for their nest. Usually, the searching is done by scout bees from a swarm. The European bees seldom move very far from the original homesite. From numerous studies their nest selection criteria involve:

When scout bees search for a new homesite, they enter potential cavities and walk inside to measure dimensions. Because most cavities are in trees, the usual cavity is a tall cylinder. Once a homesite is selected, the swarm moves in. They may use propolis to smooth the entrance and inner wall areas of their nest and may reduce the size of the entry area with propolis. Some bee races such as Caucasians use extensive amounts of propolis, almost sealing the entrance area. Most nests have a single entrance.

Worker bees manufacture the only necessary nest material — beeswax. The beeswax is molded into parallel beeswax sheets termed combs. Most of the comb consists of worker cells. The cells are six-sided (hexagonal) and have a three-part bottom pyramid shape. Cells are horizontal facing both directions from a central midrib that provides important comb strength. The cells slope slightly upward and are planned to minimum thickness with a rim of extra wax at the top of the cell walls for ease in walking.

In the natural nest, bees build several parallel combs at one time. As the colony expands, additional combs are added. When building their comb, bees adhere to a basic principle in spacing; they leave approximately 1 cm or 3/8″ of an inch (the height of a bee) between combs. We call this space “bee space.” The comb is suspended from the top of the nesting cavity. Spaces less than 3/8″ are filled with propolis. If space is larger than 3/8″, the bees will attempt to fill the space with comb.

In the sheltered, darkened cavity, the bees separate the area where they store their food and the area where they rear their brood (brood = egg, larval and pupal stages of bees). The brood is reared in the lower portion of the beeswax comb in a compact, spherical-shaped section because of the temperature requirements of the growing larvae. (Immature larvae need a temperature of 90-95° F or 32-36°C for optimal development.) Honey (stored as food) is above and to the sides of this central brood-rearing area.

Pollen, needed to feed the larvae, is stored in empty cells in the brood area and immediately to the outside of the active brood-rearing area. This central sphere of brood expands or contracts depending on the time of the season.

When One Looks Into A Bee Nest, Three Different And Distinct Adult Bees And Three Immature Stages Can Be Seen. The Three Adult Stages Present In A Bee Colony Are The Queen, The Worker, And The Drone. Queen And Workers Are Females, The Two Members Of The Caste System Characteristic Of Eusocial Insects. They Have Different Tasks &Ndash; Termed Division Of Labor. The Male Bee Adult Is Called A Drone

The queen is a fully-developed female whose two functions are to lay eggs and to produce chemicals that help maintain colony cohesion and regulate colony reproduction. The queen is very specialized for these duties and cannot survive alone or perform the usual basic necessities such as feed herself, groom her own body hairs or leave the hive to excrete waste. A colony has a single queen, although for short periods there may be a mother-daughter queen situation in a colony or multiple, newly emerged (virgin) queens present. Queens usually live two or more years.

The male bee or drone is bigger than the queen and roughly barrel-shaped. He has very large eyes that meet at the top of the head. The drone is a haploid adult, developing from an unfertilized egg (termed parthenogenesis or haplodiploidy) a situation often found in the insect order Hymenoptera. Drones mate with virgin queens. They do not lay eggs, do not work or otherwise assist in hive activities. Drones gather on comb just outside the brood area and are not very active inside the hive. They move about only for 2-4 hours in the afternoon when they leave the hive to mate. Few drones actually mate and those that are successful die in the process. A drone usually lives for about one month.

The vast majority of the adult population in the beehive are workers. Like the queen, they are females but they lack full development of their reproductive organs. Worker bees differ in several anatomical ways from queens including smaller size, possession of pollen baskets on hind legs, wax glands on the abdomen and mandibular glands that are unable to produce the queen pheromones.