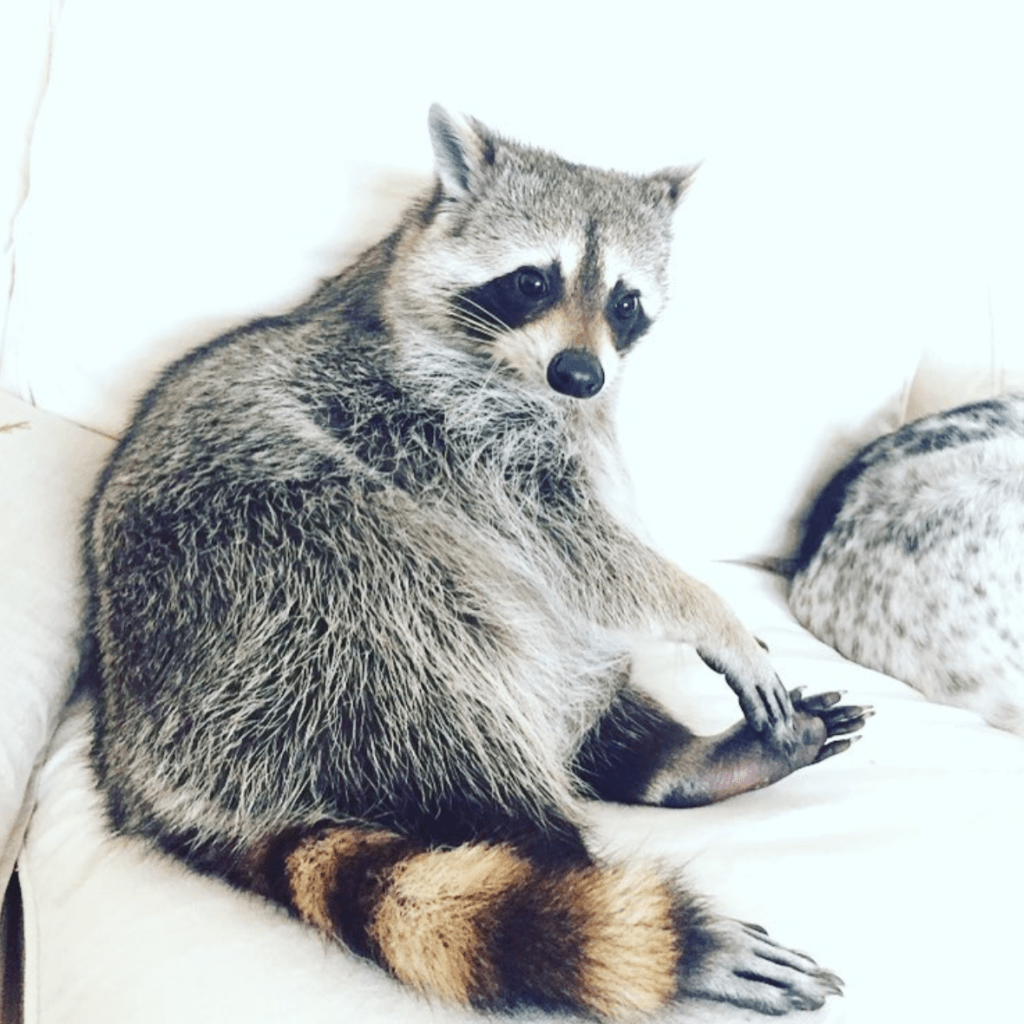 An uncle and nephew lived together. One day when the nephew was in the woods, hunting, a handsome young woman came to the cabin. She had a basketful of bread on her shoulders.

Unstrapping the basket and putting it down in front of the old man, she said, “Here is marriage bread, my father, and mother have sent me here to marry your nephew.”

When the young man came home, his uncle said, “You are married now.” “I am glad,” said the nephew.

After this, the young woman cooked and the men hunted. Each day the nephew returned with a heavy load of the game. One day while hunting he came to a tree in which there was a large hole and in the hole was a litter of coons. He climbed the tree and threw one coon after another on to the ground.

All at once he heard a woman say, “Come down. Come down, you are tired,” then she ran off through the forest.

When the young man went home, he told what had happened. His wife laughed but said nothing. Not long after, when packing up his game ready to start for home, a woman came up behind him, took him by the arm and led him to a log. They sat down, she pulled his head on to her lap and began to look in his hair.

The man was soon asleep. The woman put him in a basket, put the basket on her back and went to an island in the middle of a lake. Then she took the man out of the basket and asked, “Do you know this place?”

“I know it. This is where my uncle and I used to fish,” and giving a spring into the water the man became a bass and escaped.

When he went home, he told his wife what had happened. She laughed but said nothing.

The man was so frightened that he stayed at home for several days. Then the feeling wore away and he started off to hunt.

As he was packing up his game to go home a woman said, right there at his side, “Stop, wait a while, you must be tired.”

They sat down on a log. She drew his head to her lap and began looking in his hair. He was soon asleep. Putting him into a basket the woman carried him to a great ledge of rocks where there was only a foothold, then, taking him out of the basket, she asked, “Do you know this place?”

“I will tell you soon,” said the man, looking around.

That minute the woman disappeared.

Soon he heard someone say, “I will fish a while.”

A line dropped into the water below and a man began singing and pulling up fish.

At last, he said, “I have enough, I’ll rest and have something to eat. This is what we people eat when we are among the rocks,” and he took a baked squash out of his basket.

The young man said to the rocks, “Stand back a little so that I can string my bow.”

The rocks stood back; he strung his bow, and, saying, “Now boast again!” he shot the fisherman.

Soon a tree came in sight. Then the man talked to the tree, said, “Come near, and have many limbs.”

As the tree came to a level with the place on the rocks where the young man was sitting, it stopped growing. He had seen that along the narrow shelf of rocks there were many men. He called to the nearest one to tell all to come and they could escape.

The men crept up, one after another, then went down on the tree. When all had reached the ground, the young man took a strawberry leaf from his pocket and dropping it said, “Grow and give berries.” Then he sang, “Ripen berries. Ripen
berries.” The vines grew, were covered with blossoms. The blossoms became berries and the berries ripened.

When the men had eaten as many berries as they wanted, the young man picked a leaf from the vines, put it in his pocket and the vines and berries disappeared. Then he said to the men, “Let us go to our wife”—meaning the woman who had captured them.

When they had traveled some distance, the young man killed an elk. Taking the hide he cut it into strings and made a baby board, but one large enough for a grown person. After a while, they saw a house and in front of it a woman pounding something.

When she saw them, she began to scold and, holding up the pounder was going to strike them.

The young man said, “Let the pounder stop right there!”

The pounder stopped in the air, half raised.

They seized the woman, strapped her to the board, and, saying, “You must be cold,” they set the board up in front of the fire. Just then the young man’s wife came and, finding that they were about to roast the woman, she was angry.

She freed her, and said, “You are free now, and I will go home.”

She went to the lake and called on Bloodsuckers to stretch across the water. They came and she walked over to them.

Each man went his own way. When the young man got home his wife was there.

The nephew and uncle were raccoons.