Tick Diseases Are on the Rise 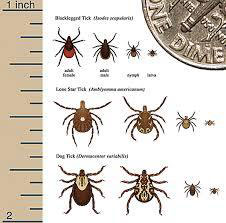 Tickborne diseases are on the rise and prevention should be on everyone’s mind, particularly during the spring, summer, and early-fall when ticks are most active. From May through July, people will get more tick bites and tickborne diseases than any other time of year in the United States. It’s especially important to take steps to protect yourself and your loved ones (including pets) from ticks during this season, as well as any time during warmer months when you’re outside.
Many people do not know they are at risk. Each year, more than 30,000 cases of Lyme disease are reported nationwide, while studies suggest the actual number of people diagnosed with Lyme disease is more likely about 300,000. Despite these numbers, a recent national survey reported that nearly 20 percent of people surveyed in areas where Lyme disease is common were unaware that it was a risk. Additionally, half of the people interviewed in another study reported that they did not routinely take steps to protect themselves against tick bites during warm weather.

No sure way to predict how bad a season will be

Preventing Lyme and other tickborne diseases is important every year. Predicting the number of Lyme disease or other tickborne infections, and how an upcoming season will compare to previous years, is complicated. Ticks that spread the disease to people can have up to 2 to 3-year lifecycles, and many factors can affect their numbers, including temperature, rainfall, humidity, and the number of available hosts for the ticks to feed on, such as mice, deer, and other animals. In any given year, the number of ticks in an area will be different from region to region, state to state, and even county to county.

What is known is that regardless of the number of ticks this year, people should be aware that ticks could be in the areas where they live, work and play. Everyone should take steps to help protect themselves and their loved ones, including pets, While not all ticks carry the same diseases, ticks can be found in every state. Throughout the continental United States, some diseases occur more frequently in some areas than others:

Take steps to protect against ticks

Taking steps to protect yourself and your family from getting a tick bite is the best defense against Lyme disease and other tickborne infections. Whether you’re working, enjoying your yard, camping, hiking, hunting or otherwise in the outdoors, CDC recommends that people: