What you need to know about snakes in Virginia

Here’s the thing, we’re fine with snakes in the movies, but sometimes they decide to slither their way a little too close to society. That’s often not good for homeowners, or for the snakes. Snakes play a big role in the ecology of their habitats and so we’d never recommend killing a snake; it can throw off a delicate life cycle balance. Snakes, even the non-venomous ones, can be dangerous. Always let a professional handle any snaky situation you find yourself in.

What kind of snake is this?

Thankfully, the United States isn’t indigenous to some of the more exotic species of snakes that exist on continents like Africa and Australia. Virginia has a handful of snake species, few lethal and most just scary. It’s always important to know what you’re dealing with. Here are a few types of common snakes, and what to look for when identifying them.

This is also known as the black rat snake or just the black snake. It is one of the most common snakes in Virginia. They’re typically very docile and will often freeze when they see you. The term, “they’re more scared of you than you are of them” is pretty accurate here. If you HAD to run across a snake, you should hope it’s a black snake. But we hope you never have to run across a snake. 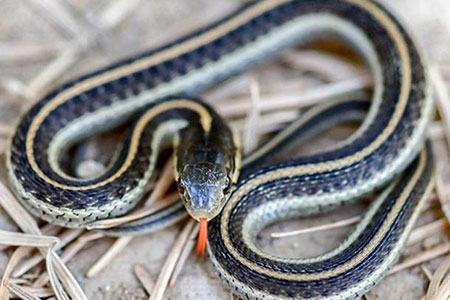 This is another common Virginia resident, although it often doesn’t get as long as the black snake. Garter snakes are usually found around gardens and can be identified by the yellow stripes running down the length of their bodies. They usually aren’t aggressive, in fact, some people like having them in their gardens because they eat harmful rodents. They have been known to bite but are not venomous.

These guys are on the smaller side of snakes – usually only growing to 10 or so inches in length. They’re so small that they’re often mistaken for worms! They’re a burrowing snake, so you probably won’t meet any unless you’re digging or gardening. You’ll often encounter them in groups, but don’t worry too much, because they’ve never been known to bite. You should always try to avoid handling wild animals, even earth snakes. However, if it’s absolutely necessary, you should be able to pick these snakes up and relocate them safely. 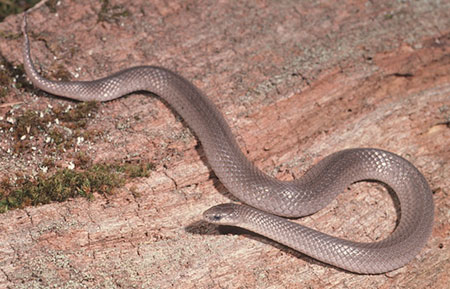 Like the black snake, the king snake is often mostly black in color but can be identified by the white “chain link fence” type pattern that runs down its body. King snakes are not venomous and are fairly docile, but if you encounter one, you should never disturb it for risk of being bitten. King snakes are known to feed on venomous snake species, like copperheads and rattlesnakes. 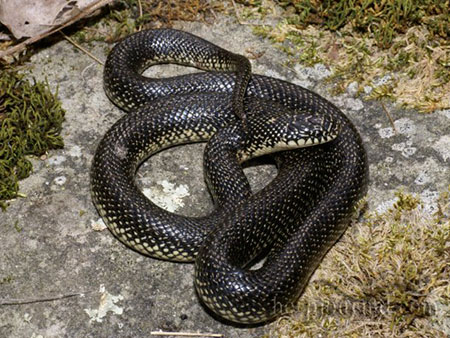 Like all pit vipers (vipers that use heat-sensing pits to hunt), the copperhead is described as an “ambush predator.” It won’t warn you away like the rattlesnake often will, but the good news is that copperheads are generally not aggressive, and fatal bites rarely occur. Copperheads are typically brown or orange and have a colored pattern along their bodies. This pattern helps them blend into leaves and twigs.

If you step on a copperhead snake, you may expect a warning bite, where the snake injects no venom. This is also known as a dry bite. Here’s a fun fact: baby snakes are often times deadlier than their adult counterparts because they cannot control their venom. If you get bitten by a baby copperhead, the snake will often inject large amounts of venom into their bite. Either way, you should seek medical attention immediately.

If you hear a quiet shaker like sound, don’t assume it’s just noisy crickets. If you hear what you might think is a rattle, take some caution and be sure you don’t get too near the snake. Identifying a rattlesnake can be fairly straightforward if you notice the diamond shaped head and rough looking skin. Be sure to give rattlesnakes plenty of room and back away slowly if you spot one.

Generally, snakes would much rather leave you alone than get into a confrontation. Often times a snake will only engage with you in self-defense when it feels threatened. Here are a few tips to avoid a painful encounter.

Getting rid of a snake

Most often a snake in your yard will find its way back to where it came from. Sometimes leaving a snake alone is a fine option, but if you’ve seen a recurring visitor, or if a snake has taken shelter somewhere they aren’t welcome, it’s time to hire a professional.

Snakes keep the rodent population under control. We never recommend killing any animals, and we incorporate that into our pest control methods. Summit Environmental Solutions has years of experience in safely and humanely solving snake problems.