IS IT POSSUM OR OPOSSUM? 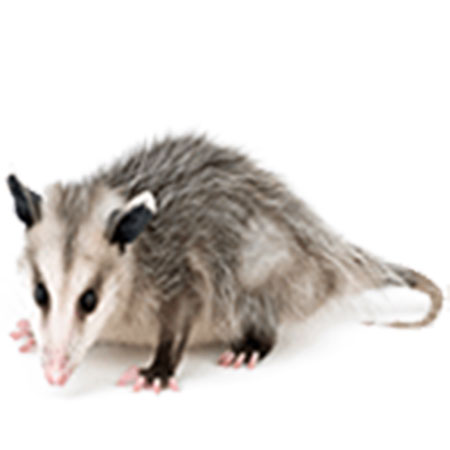 There are a lot of articles about the possum vs opossum conundrum and it appears that not very many people have come up with the correct answer. At least, not the entire or complete answer. It is said that a possum is a sweet, furry marsupial that lives in Australia (the Brushtail Possum, Trichosurus vulpecula) and that an opossum is a vicious looking marsupial in North America (Virginia Opossum, Didelphis virginiana). This answer is wrong for two reasons. So, what are they? In this blog, we will be putting to rest this Opossum versus Possum issue for once and for all. So, what is the true difference between a possum and an opossum?

WHAT IS THE TRUE DIFFERENCE BETWEEN POSSUM AND OPOSSUM?

The real answer to the possum vs opossum quandary is that the word opossum is a name used for more than 100 different species of marsupials across North, Central and South America (members of the family Didelphidae and Caenolestidae) including the Virginia Opossum, which is found only in North America. The word possum applies to an even more varied group of about 67 species of marsupials found in Australia and nearby islands in Papua New Guinea and Indonesia (members of the suborder Phalangeriformes across 6 different families).

The second correction and I admit that this one is purely my opinion, is that the Virginia Opossum is not scary or horrible. They are actually sweet, fascinating, and yes even cute animals. Sure, they have a lot of teeth (more than any other mammal), and yes they have beady little eyes and kind of a rat-like tail, but as long as you don’t scare them, they won’t scare you! We have plenty of them in our yard and we think they’re adorable. I’ve also had the pleasure of working with several juveniles while volunteering at a wildlife rehabilitation center. They were super sweet!

WHY ALL THE CONFUSION OVER OPOSSUM VS POSSUM?

The reason for all the confusion is that Americans will often use the word possum to refer to an opossum. In fact, many people in the U.S. don’t even realize that the actual name of the animal here is opossum and not a possum. This seems to be especially common in the South and the Midwest where the opossum is primarily found.

How did this mess get started? The word opossum was first used to describe the Virginia Opossum by early British colonists around 1610-ish. Supposedly it was borrowed from the local Powhatan language and first showed up in writing as opassom and opossum. A hundred and sixty years later, a British naturalist named Joseph Banks joined captain James Cook on his journey to Australia and borrowed the name opossum to describe some of the vaguely similar marsupials he encountered there. Why did he drop the “o”? No idea. Why do so many Americans use the word possum when they mean opossum? Still no idea. But it seems to be a pretty old confusion here.

SO SHOULD I USE POSSUM OR OPOSSUM IN WRITING?

However, it is extremely common for Americans to colloquially use the word “possum” when referring to an opossum. In fact, it has become so common that it now seems perfectly acceptable to use either word, especially in sayings like “playing possum”, referring to the Virginia Opossum’s defense tactic of entering a death-like torpor. However, I would personally write it playing ‘possum (adding an apostrophe to show that I’ve dropped the o) because this phrase only applies to the Virginia opossum. Australian possums do not exhibit this defensive behavior!

If you’re Australian, then you can just use the word possum all the time, unless of course, you are specifically referring to the animals found in the Americas.

Is the O at the beginning of opossum silent? Is that why so many people in the US say “possum”? Nope. The O is not silent. It is pronounced “uh-pos-uhm” so you would say an opossum.

WHAT IS AN OPOSSUM? THE MORE COMPLETE ANSWER

Possum vs Opossum: the Opossum’s side of the story. The word Opossum can refer to any one of more than 100 different species of marsupial animals in the superorder Ameridelphia. They are found in North, Central, and South America. If you search the IUCN Redlist it will return 109 species of opossums. including the bizarre Monito del Monte Dromiciops gliroides which is the only South American member of the superorder Australidelphia, meaning it is more closely related to the Australian possums than it is to the American opossums!

The family Didelphidae (the “true” opossums) contains 96 to 102 species of opossums (depending on who you ask) and the family Caenolestidae contains 7 species of shrew opossums. While scientists would generally say that shrew opossums are not technically opossums (and most certainly not shrews) the name opossum is still commonly used to describe them. Here’s a cool article  about the little-studied shrew opossums.)

The only opossum found in the United States is the Virginia Opossum. But as you move southward, the diversity of opossums starts to rise dramatically! Like their Australian counterparts, all opossums are marsupials, meaning they give birth to tiny undeveloped young who must crawl to a pouch and latch on to a nipple in order to survive. The catch is, not every marsupial actually has a pouch. Here’s a Virginia Opossum caught on our camera trap visiting the compost bin in our backyard.

There is an interesting diversity of creatures in the opossum family, including one species adapted to water! The Yapok or Water Opossum is the only aquatic marsupial and has some unusual features including webbed back feet and a waterproof pouch! Here are some pics and info on the Yapok on Animal Diversity Web.

The family Didelphidae can be divided into various tribes, and subfamilies. There are 19 genera containing 96 living species of opossums (according to one classification system). I have listed them here, as well as the number of species within each genus, in the following table.

WHAT IS A POSSUM? THE MORE COMPLETE ANSWER

Possum vs Opossum: the Possum’s side of the story. The name possum can refer to any of 67 marsupial species in the suborder Phalangeriformes found in Australia, Indonesia, and Papua New Guinea. They are closely related to the kangaroo/wallaby/potoroo suborder (the Macropodiformes). While technically, any member of this suborder is considered a possum, many of them are more commonly referred to as cuscuses(22 species in the Phalangeridae  family), gliders (6 species in the Petauridae  family, 1 in Pseudocheiridaefamily, 1 in Acrobatidae family), or tricks (3 of the 4 species in the genus Dactylopsila). Do you want to see possums in the wild? Check out our post Where to See Native Australian Animals: an Epic Australia Roadtrip!

Here’s an awesome Field Guide to the Mammals of Australia if you want to learn more!

This family contains 11 species. While all are technically possums, 6 species are commonly referred to as gliders, 1 as the Leadbeater’s possum, and 4 species are commonly known as striped possums (though 3 of them also have the common name trick). Please don’t get Sugar Gliders as pets! They may be cute but they are wild animals that deserve to live in the wild! Here is a striped possum licking tree sap:

There are only 1 species in this family, known as the Honey Possum or the Noolbenger (one of the few animals that start with n). This tiny little marsupial feeds on flower nectar!

There are only 2 species in this family: the Feathertail glider and the Feather-tailed possum.

So there you have it! While both possums and opossums are marsupial animals, the difference is that they refer to two different groups of animals, one in the Americas and one in Australasia. The next time your friends have the opossum vs possum debate, you’ve got it covered!