A bird on the brink of extinction 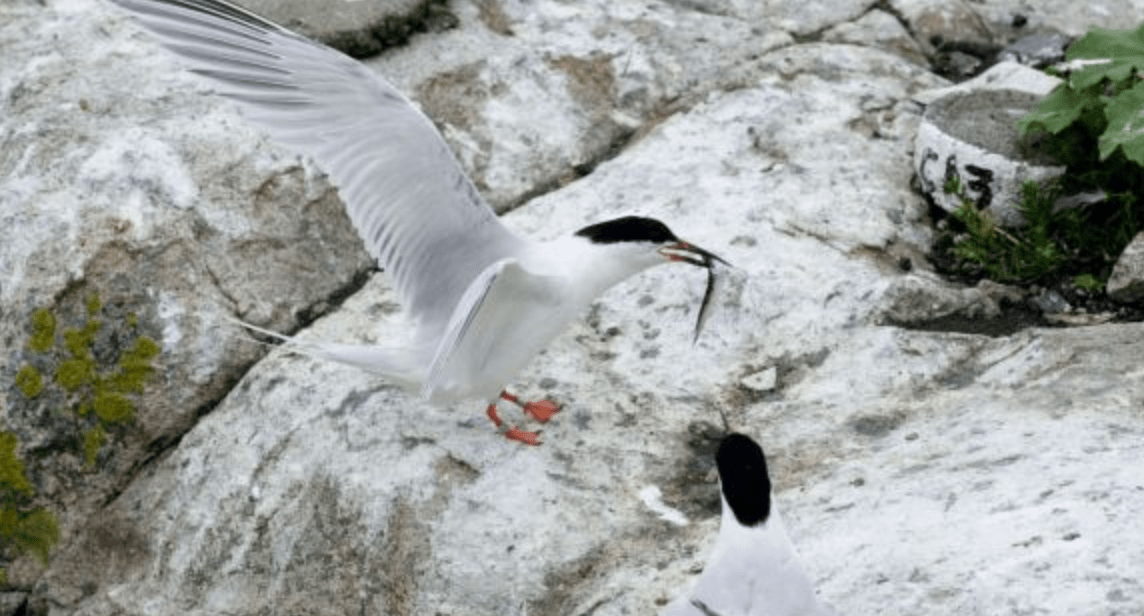 The Roseate Tern is now considered an endangered species in the northeast. Its numbers once were far more numerous along much of the Atlantic Coast, but today it nests at only a few sites. In North America, it is found only on Atlantic seaboard, mainly in northeast and Florida. It is more strictly coastal and oceanic than most similar terns. Has a very light and buoyant flight, with relatively fast and shallow wingbeats, and often gives a musical call note in flight. Its numbers on this continent are in a long-term decline, probably owing to a combination of reasons, and it is now considered an endangered species.

Forages mostly by patrolling in flight above water and then plunging to catch fish below the surface. Sometimes dips down in flight to take prey from the surface of the water. May hover less than most terns.

1-2, sometimes 3. Cream to pale olive blotched with blackish brown. Incubation is by both sexes (female may do more), 21-26 days. Young: Are fed by both parents; may move away from the nest to better shelter a few days after hatching. Age at first flight usually 27-30 days, but remain with parents at least 2 more months.

Are fed by both parents; may move away from the nest to better shelter a few days after hatching. Age at first flight usually 27-30 days, but remain with parents at least 2 more months.

Usually first breeds at age of 3 years. Nests in colonies, associated with Common Terns in the northeast. Early in the breeding season, groups fly high, glide down. On the ground, birds display with tail raised, neck arched. Male may feed the female. Nest site on the ground under covers such as grass, shrubs, or rock ledge, sometimes in an abandoned burrow or in open on bare sand. In Florida, some nest on gravel roofs. Nest (built by both sexes) is a shallow scrape, usually lined with bits of debris.