Man Versus A Raccoon 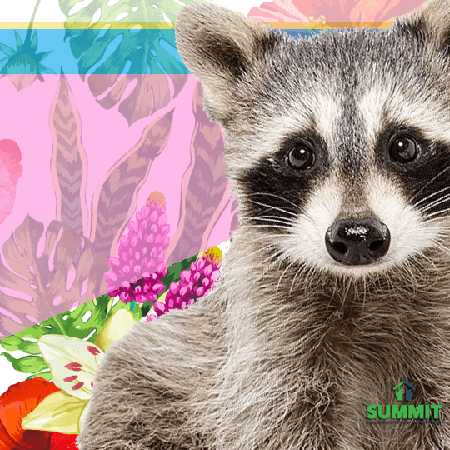 This is a true story about a man versus a raccoon! They are as cute as they can be but don’t be fooled as they are very dangerous animals. A couple of years ago a man located in Northern Virginia fought off a raccoon that bit him and eventually killed it by putting his foot on its throat. With this happening right after two women were bitten by foxes, in separate incidents, in Fairfax County.

The incident was reported in the Clifton area and has made the community very uneasy regarding wildlife.

Police said the man was awakened by a raccoon in his home. It’s not immediately clear how the animal got inside. As a wildlife company, we know exactly how raccoons get into the home which we will explain after the story.

The man fought off the raccoon and was “bitten during the struggle.” The man managed to put his foot on the raccoon’s throat “until it stopped breathing,” according to police.

He then “bagged and transported the animal” to the Fairfax County Animal Shelter, police said. The man got medical treatment. There were no immediate details on how badly he was hurt.

Regarding the fox attack, a woman was running on a trail in Riverbend Park on Potomac Hills Street when she came upon the said fox, which bit her.

She went immediately to Reston Hospital Center and was undergoing preventive treatment for possible exposure to rabies, police said. The trail was temporarily closed by authorities.

Just an hour later, another woman went to check on her chickens in the 9100 blocks of Potomac Woods Lane — about two miles from Riverbend Park — and she was “confronted and bitten by a fox,” police said. The woman also went to the Reston hospital for treatment.

It was not clear whether it was the same fox. Police said the fox or foxes remain on the loose.

It was not known whether the animals in each of the incidents have rabies.

The incidents come after authorities warned residents to watch out for a rabid raccoon that was in the 3700 blocks of Military Road in Arlington. The raccoon was captured and euthanized by authorities. It tested positive for rabies.

There have been other reports of fox attacks in Northern Virginia.

In February, officials in Arlington said a couple was attacked by a fox as they walked in the 4400 blocks of North Old Glebe Road. The man kicked in the direction of the fox as it lunged toward him, according to an animal control officer. The fox, police said, charged at the man a few times before taking off.

Another fox bit and scratched a woman in February as she was in her yard in McLean.

Officials are reminding residents to be careful and to keep pets on leashes.

Wow! You cannot be too careful when dealing when nature collides with our environment.

If you have a need for raccoon removal or fox trapping, we have a team of wildlife experts who do just that. We will handle the trapping and removal of any wildlife nuisance that poses a threat to you and your family. The North American raccoon will go wherever there is food including pet food. So, feed your animals inside to help prevent wild animals from coming onto your property.

Raccoon control is very important as they cause extensive damage to your home and health. What is even more troublesome right now is that breeding season is coming up! This means raccoons are finding places to nest and have their kits, or litter.

Raccoons prefer to be in a very dark place to have their kits and this can mean your attic or garage! If you start to hear loud thumps, growling, crying like a baby above your head in the attic or in the garage, you really need to hire a wildlife expert to inspect and come up with a game plan to remove them right away before they create so much damage you need a loan to rebuild! One good thing is that most insurance companies will cover damage made by raccoons as they are in the bear family.

Summit Environmental Solutions, (SES), has a team of licensed, bonded and insured wildlife experts to handle all jobs big and small. Contact us at 703-520-5868 to see if you are in our service area for a free inspection and estimate to get rid of these animals for good!