20 Things You Didn’t Know About Bats!

Making up one-fifth of all living mammal species and found on six continents, bats range from the insect-loving greater mouse-eared bat to fruit bats.

1. It’s time for bats to come out of the shadows and get their due as an evolutionary success story: About one-fifth of all living mammal species are of the order Chiroptera (“hand-wing”), found on every continent but Antarctica.

2. It’s likely bats once flew over Antarctic skies, too. A 2005 study in Molecular Biology and Evolution found ancestral New World bats probably spread from the Americas to Australia about 42 million years ago via the now-frozen continent, which was then temperate.

3. Some of those far-flying early bats settled in New Zealand and evolved into three different species, which are the island nation’s only native land mammals.

4. New Zealand bats are often called Pekapeka, the name of the indigenous Maori people gave them. It might sound adorable, but Maori folklore associates the animals with death and calamity.

5. In fact, while bats are symbols of good luck in China, most other cultures side with the Maori. It’s probably because the animals are active at night, the opposite of naturally diurnal humans who have long associated darkness with danger.

6. Bats do pose some danger as vectors of disease, including rabies. Researchers suspect they may also carry Marburg, a relative of Ebola, and coronaviruses such as SARS.

7. Our perception of the threat may be exaggerated, though. In June, a review in Trends in Parasitology found that bats carry far fewer infectious diseases than rodents.

8. And they’re definitely not rodents. In the late 20th century, based on initial genetic research, bats were grouped with primates and flying lemurs in the superorder Archonta.

9. More recent genetic analysis — not yet universally accepted — places bats in the superorder Laurasiatheria, with a diverse bunch of other placental mammals including whales, dogs, and giraffes.

10. Chiroptera’s fossil record is spotty because the earliest bats, like today’s species, had small, delicate skeletons that had to be buried in sediment immediately after death to be preserved. 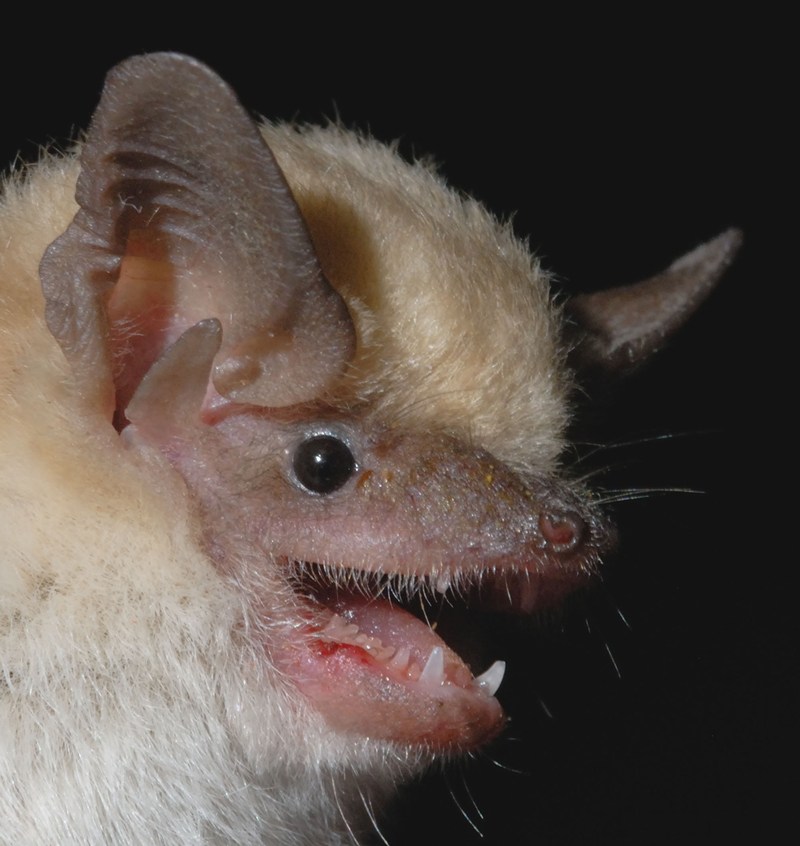 11. We do know this: About 52.5 million years ago in what’s now Wyoming, early bat Onchonycteris Finneyi was already capable of powered flight.

12. Bats are the only mammals with this trait; they also take to the skies differently than other flying animals. Unlike the more rigid wings of birds and insects, bat wings have multiple joints and move in and out as well as up, down, back and forth with every stroke.

13. One thing bats do have in common with birds: According to research released in June, the outer layer of their skin contains a compound that enhances pliability — handy when flight depends on your flexible wings. No other mammal has this adaptation.

14. You might think echolocation is another defining Chiroptera trait, but not all bats send out sound waves that bounce off prey and potential obstacles to create a picture of their environment.

15. Fruit bats, for example, generally rely on their eyesight to find food. For decades, it was assumed they didn’t echolocate, and most don’t. But a 2014 study found three fruit bat species sometimes use a rudimentary method of echolocation: They make a clicking noise with their wings to navigate in darkness.

16. If not for the Vikings, we might call a bat a “rearmouse.” It derives from the Anglo-Saxon term for the animal, hreáðe-mús. As Norsemen moved into what’s now the United Kingdom, beginning in the ninth century, Bakke, of Scandinavian origin, gradually replaced the word and evolved into bat.

17. “Rearmouse” persists colloquially today in areas of Great Britain that never fell under the Scandinavian influence, including pockets of Wales and England’s southwest.

18. Bats jam. Seriously. A 2014 Science study found that when competing for food, Mexican free-tailed bats emit an ultrasonic signal that effectively blocks the sound waves another bat sends out to home in on an insect. The interference causes the rival to miss its target.

19. Something else that’s off-target: the myth that bats get tangled in long hair. Some scholars trace the notion to an early Christian edict that women must cover their heads because their hair attracted demons. Already associated with devilish things, bats were assumed also to have a thing for hair.

20. One more fiction that makes us batty is the whole vampire thing. Only three of the more than 1,200 bat species are sanguivorous. Any bat you meet is far more likely to eat a mosquito or pollinate fruit than go for your jugular.

If you suspect that there are bats in the attic or basement of the home, please call Summit Environmental Solutions (SES) and we will send out a Wildlife Specialist to provide a free inspection and estimate on their removal. Contact us today at 703-520-5868.