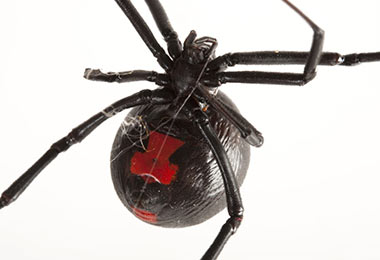 A Floridian geocacher was reaching for a cache when she felt something bite her arm. Thinking nothing of it, she signed the log, replaced the cache, and moved on. Shortly thereafter her arm became red, swollen, and felt hot to the touch. The area surrounding the bite began to form what appeared to be an infection; her arm became very painful and she was running a high fever.

She went to the emergency room where it was confirmed that she had been bitten by a brown recluse spider. The area was surgically cleaned, she was put on antibiotics, and is now on the road to a full recovery.

Most spiders are absolutely harmless to humans. Of the 4,000+ species of spiders found in North America, only two are dangerous to humans—the brown recluse and the black widow.

Geocachers are fortunate to enjoy the wonders of nature. But as we all know, nature can be a bit scary sometimes. If you are informed and aware of your environment, you can avoid spiders bites and know what action to take if you’re bitten.

The brown recluse is ¼ to ½ inch long, and can be identified by the violin-shaped spot behind its eyes. They are native to North America and live predominantly in the Midwestern United States. 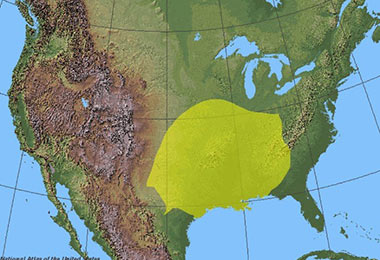 The black widow can be identified by a red, yellow, or white hourglass shape on their lower abdomen. There are many species of widow spiders found worldwide, but the North American variety is about ½ inch long. 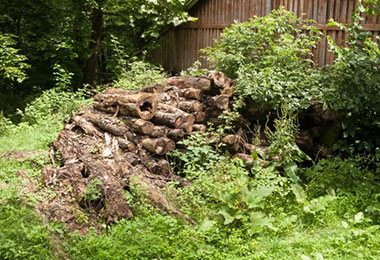 Both spiders are found in similar locations. Inside, they prefer to hide in small, dark locations such as closets, cellars, garages, vents, stored boxes, and within the cracks and corners of walls. Outside they prefer to live like a geocache—underneath rocks, in wood piles, and inside hollow tree trunks.

The bite of the Brown Recluse is usually painless and goes unnoticed, but it may feel like a bee sting or there may be a burning sensation. Symptoms usually develop in 2-8 hours starting with a small white blister at the site of the bite.

Many bites will cause a small red mark that will heal without problems or scarring. However redness, blistering, an open sore, and a black area may develop and take months to fully heal. Other symptoms include severe pain at the site of the bite, severe itching, nausea, vomiting, fever, and/or muscle pain.

The bite of the Black Widow is similar to the brown recluse, and initially may look like two tiny Dracula fang marks. It feels like a pinprick, but also may not be felt at all. There may be slight swelling, redness and a spot that forms a target shape. Fifteen to sixty minutes later a dull muscle pain will spread from the bite area to the entire body. If the bite is on the upper body, the pain will be in the chest. If the bite is in the lower body, the pain will be in the abdomen.

What to do if you’ve been bit

Most spiders bites are non-venomous and require no specific treatment, but if you suspect you have been bitten by a brown recluse or black widow:

How to avoid spiders 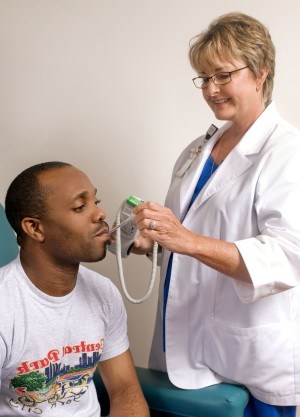 You’ve probably heard that spiders are more afraid of you than you are of them and that’s true. They’d prefer to avoid contact with humans all together, but they will defend their space. If you live in an area where co-existing with brown recluse and black widow spiders are part of the landscape, take some precautions: